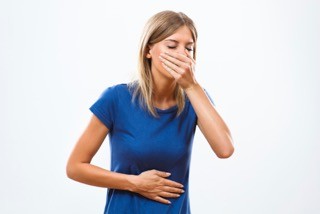 Have you ever had food poisoning? It starts with a vague discomfort and then becomes more defined as the toxins start to disrupt your digestive system. Before long, queasiness has given way to vomiting as your body's defense system attacks the toxins that have been released into your body. Before it's all over you will have spent a lot of time in the bathroom and probably vowed never to have that food again, or go to that restaurant. Food poisoning is truly unpleasant and can lead to serious conditions, so you'll want to get fast relief.

Foodborne bacteria cause 48 million illnesses and 3000 deaths each year in the U.S. alone. Different strains of foodborne illness have different ways and time frames of manifesting symptoms. Some illnesses manifest symptoms within a couple of hours while others can take days to produce signs.

Some types and causes of common foodborne bacteria

Like with many ailments, the symptoms that you experience with food poisoning are a function of your immune system attacking the poison. Although the symptoms are unpleasant, one of the biggest threats of food poisoning is actually dehydration. Like many digestive issues, the nausea and diarrhea associated with food poisoning are more troubling because of their dehydrating effect. Without proper hydration, many aspects of the body don't work well, compounding the effects of the initial problem. Moreover, dehydration can effect cognitive functioning, rendering you foggy and less effective. Dehydration can manifest not just as extreme thirst, but also as dry mouth, no urination, dizziness or lightheadedness.

The key to the effective treatment of food poisoning is, therefore, getting hydrated as quickly as possible. Now, one way to do that is to drink water, lots of water. However, there is a better treatment for food poisoning. It involves getting rehydrated quicker than you can by drinking water, and by adding a couple of ingredients, making that rehydration not just quicker but much more powerful.

Our IV infusions for food poisoning provide great relief by injecting fluids directly into the body, which results in absorption rates that are at least twice as fast as merely drinking water. In addition, our special IV fluids contain ingredients that reduce toxicity and inflammation and promote healing -- fast. They include Toradol, an anti-inflammatory that relieves headache and pain, Zofran an anti-nausea agent and Pepcid for heartburn relief. These agents works much faster than if taken orally and let's face it, when you have food poisoning you're main goal is to get it over with as quickly as possible.

Get Medical Help (including our IV food poisoning remedy) if you have: