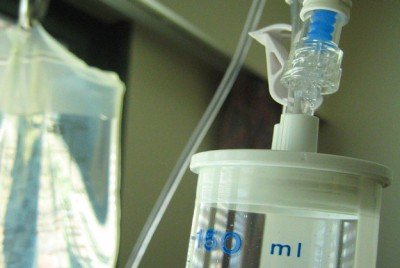 IV drips are a common way to deal with colds and other household illnesses in China, a practice that might also have the potential to take hold in the US.TheIV Doctoris one such example of this new service, which offers an energizing 30-minute IV hydration to help clients from the flu, a stomach virus, jet lag, exercise fatigue, general exhaustion, and even a particularly nasty hangover.

The best news is that this particular doctor is more than happy to make house calls in New York City. For a basic “cleanse” you can expect to pay $199, going up to $249 for the premium package known as “revive.” For those who really want to feel great, there is also the option of adding some Vitamin B12 to your treatment for an additional $75.

It’s well known in the medical community that oral intake of fluids and vitamins have an absorption rate of at best 50%-60%, whereas IV hydration is 100% absorbed, and therefore offers the fastest way to replenish needed fluids and electrolytes. Just in case you were worried this kind of treatment requires a back alley to perform, all of the staff employed by the IV Doctor arefully accredited, licensed, and experienced board-certified physicians and medical professionals.

According to Thrillist, the IV Doctor’s businessmodel fills a new niche prized by his Wall Street-heavy clientele, but is just as accessible to anyone who can afford the $199 price tag. Similar clinics have also appeared around the country, which shows that there is a market for an “instant” hangover cure, especially if all your usual methods have failed.