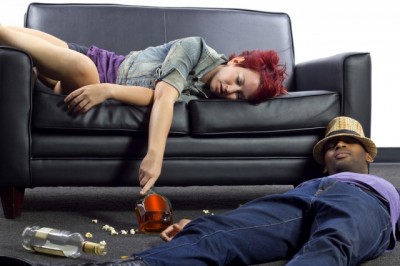 I.V. Doctor, a service launched in December by Dr. Elliott Nadelson, is in the hangover-curing business. And with the help of vodka, schnapps, red wine and every other kind and combination of alcohol, the company is making a name for itself, especially in the Hamptons.

The idea is pretty simple: After a night getting such wasted, smashed, obliterated—or any other term you can think of relating to drunk—you’ll call I.V. Doctor, which has about 60 nurses in New York City, and 12 more in the Hamptons. After shelling out a couple of hundred bucks, a nurse will show up to your house, hook you up to an I.V. and pump you full of fluids and meds to make you feel like a human again.

I have to wonder, who exactly is using this service? While it sounds like a good idea for treating some of my very worst nights in college, the price of $250 is a lot to ask. It exceeds even my heftiest bar tabs—and, I’m assuming, a bottomless brunch bill for four people.

Nadelson claims his clients range from European princesses (Kim K.?) to Olympic track stars, but the majority of calls come from people in finance (aka, retired frat boys).

Or, quite simply, people with money.

While a quick fix is great, whatever happened to just eating greasy food, laying in bed and moaning over and over that you’ll never drink again? Isn’t part of the whole drinking experience texting your buddies the day after to say, “Woah? Did I get hit by a car or drink bleach last night? Because that’s how I feel today.”

Honestly, a hangover is probably what you deserve after acting however horribly you did the night before (because drunk people are usually idiots). Taking away the punishment of getting overzealously drunk isn’t the solution.

However, it’s just another example of how money can basically buy you out of anything.

Which, to be honest, makes me want to drink.