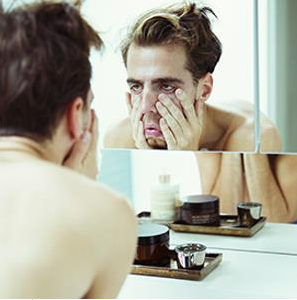 Does a long night of partying and too many shots of tequila have you feeling a little under the weather? You may be able to cure that hangover -- as long as you're willing to fork over some cash.

According to CNN Money, New York urologistElliot Nadelson has partnered with his son Adam, a surgical resident, to form I.V. Doctor. It's a mobile in-home service that uses a combination of medicine and intravenous hydration to cure a hangover. But the price may leave you with sticker shock -- $249.

Adam Nadelson said the money gets you a full cocktail of drugs, including anti-nausea, anti-heartburn and anti-inflammatory or headache pills. The concoction will be administered at your home (or even at your office) intravenously. CNN Money said:

While Nadelson said his clients range from European princesses to Olympic track stars, the majority of those who use his service are in finance. It helps when they're working long hours, entertaining clients late into the night and having to perform at a high level early the next morning.
"They're burning the candle at both ends and this helps them get back on their feet quickly," he said.

Adam Nadelson told Medical Dailythat while half of their clientele are utilizing their services for a hangover, the other 50 percent "are people suffering from any dehydration-related illness and even exercise fatigue."

According to CNN Money, Adam Nadelson said helping people who've imbibed too much has opened up a new revenue stream.

"It's much harder to be a successful doctor today," he said, though his father still has three offices in New York. "You're starting to see family practitioners doing Botox on the side for money. This business has no overhead and is really catching on."

The Nadelsons plan to expand their services to other U.S. cities, includingChicagothis summer and, later, Los Angeles.

The father-son duo is not the first to enter the hangover cure scene. Hangover Heaven has been operating in Las Vegas for two years. They're open 24/7, and offer mobile services for an additional fee.

There have definitely been a few occasions when I think I would have happily shelled out $250 to feel human again after a late night out. I've tried several over-the-counter hangover "cures" recommended by various friends in my college days. Unfortunately, the only thing that ever really worked for me was time -- and lots of it.