Cure Hangover Fast With An IV Drip? Sounds Crazy, but this startup is bringing this hangover remedy directly to you. 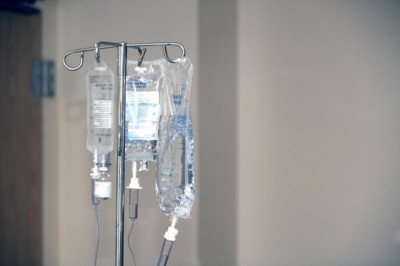 A couple of years ago, I got into an interesting debate with a friend who’s in the military. We were at a bar, catching up and exchanging stories, and after a few rounds, he made the assertion that that hangover wouldn’t exist in the future. To back up this claim, he told me a story. Apparently, after going out and getting blasted the night before, he and some of his fellow soldiers would head over to the on-base medic and get hooked up to an IV drip filled with vitamins and anti-nausea meds. After about half an hour, they could allegedly walk out feeling completely rejuvenated, as if the previous night’s drinking had never happened.

I was intrigued. Call me crazy, but the idea of plugging a stream of nutrients directly into your body and rapidly revitalizing yourself is rather enticing. Still, despite how much I liked the idea, I argued that this kind of treatment would never become common because A) IV drips aren’t readily available outside of hospitals, and B) people are generally turned off by the idea of putting needles in their arms.

Turns out I was completely wrong. Evidently, IV hydration therapy is a growing trend in the United States. Just check out The IV Doc— a burgeoning startup that works sort of like Uber for intravenous drip bags.

If you’re sick, jet-lagged, or hungover, all you’ve got to do is hop online and schedule an appointment. Within the hour, the IV Doc will send a licensed medical professional to wherever you are (be it your home, office, or hotel room) and administer IV hydration therapy.

This isn’t your run-of-the-mill saline drip either. The company has developed a number of different mixtures that are tailor-made to treat certain ailments. There’s one for detoxing and getting rid of a hangover, one for clearing up the flu, and even ones for jetlag and athletic exhaustion. If these basic bags aren’t enough, you can also add a shot of vitamins & supplements to your drip — just like you do with your fruit smoothies at Jamba Juice.

Sounds crazy, but apparently it’s catching on. The company is already up and running in a handful of major cities, and user testimonials are overwhelmingly positive.

This kind of service doesn’t come cheap, though. Treatments start at around $150, and some of the more expensive ones will run you upwards of $400 apiece — so you might want to stick to your old school hangover remedy for the time being, and drink some water before bed. I can’t speak for everyone out there, but in my experience, a greasy breakfast sandwich and a stiff bloody mary work wonders on a hangover. Last I checked, you can get that for like 13 bucks.