Glutathione: The “Mother of Antioxidants” 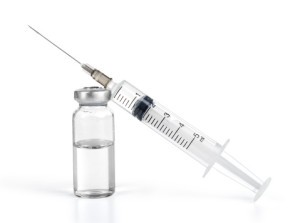 Antioxidants restore your bodies desired oxidized state by binding and expelling the free radicals produced as a byproduct. One of the most important antioxidant being, glutathione.

Glutathione, often referred to the “mother of antioxidants” is an essential antioxidant found in nearly every cell of your body, thus, has widespread purpose and benefits. Some of the most prominent benefits are…

How does Glutathione work?

Glutathione is composed simply of three basic amino acids: cysteine, glycine, and glutamic acid. The sulfhydryl (often referred to as thiol) group on the cysteine acts almost like a lint roller for the toxic free radicals produced during oxidative stress. Glutathione is reduced by these toxic free radicals, neutralizing them, and then this glutathione is normally recycled and becomes oxidized by a specific enzyme, so that it can then fulfill it’s purpose once again.

Your body produces glutathione naturally in all of your cells, however, it is most prominently produced in the liver.

A poor diet, stress, certain medications, smoking, aging, and even the polluted air we breathe in significantly deplete our pool of glutathione (as well as many others). While our body can recycle the used up glutathione, severe oxidative stress can cause permanent loss of glutathione in your cells.

Glutathione is a vital component for the function of white blood cells, the immune systems most significant component. When glutathione levels are depleted, white blood cells die, decreasing the function of your immune system. As significantly, other essential antioxidants and Vitamins such as Vitamin C and Vitamin E are dependent on glutathione so that they can be recycled and reused throughout the body. Thus, glutathione levels plays a critical role in these vitamin’s function.

How do you repair glutathione levels in your body?

There are some obvious ways to increase the levels of glutathione in your body to promote a healthy environment within the body. Eating foods that are rich in glutathione’s precursors (apples, kale, oranges, avocados, etc.) is a simple way to increase your glutathione levels, however, it is not the most effective. Unfortunately consuming glutathione in a pill form is the least affective, because certain components in the stomach cause glutathione to breakdown back into its amino acid precursors.

The most effective and quickest way to increase your glutathione levels is to receive an IV injection of glutathione, bypassing the gut and enter straight into your blood stream.